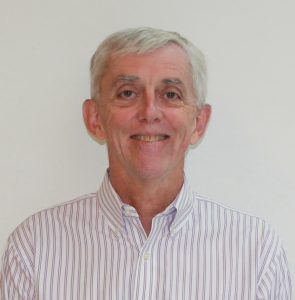 Stephen C. Weber, MD
Johns Hopkins School of Medicine
Dr. Weber did his undergraduate and medical school at University of Michigan, where he was an Alpha Omega scholar. His internship and residency was at University of California at Davis, where he was outstanding resident of the year on two occasions. He then studied in Basel, Switzerland with the A.O. group as the Jack Daniel’s Award recipient, followed by a three-month stint in Hassan, India as a volunteer performing polio surgery with Orthopedics Overseas. He then had the privilege of working with Dr. Richard Caspari completing an arthroscopy fellowship in 1986.
Dr. Weber was in private practice with an active clinical research practice in Sacramento, California from 1986 until 2016, where he published numerous papers, clinical articles, and book chapters. He was team physician for Sacramento City College, and University of California at Davis, as well as covering the Sacramento Capitals tennis team, the Sacramento Steelheads, the World Pro Ski Tour, and the US Olympic trials. He is a reviewer and editor for numerous journals, including the Journal of Shoulder and Elbow Surgery, Assistant Editor, Sports Medicine and Arthroscopy, Assistant Editor, Techniques in Shoulder and Elbow Surgery, and Assistant Editor, Arch Orthop Trauma Surg. He is a member of the Arthroscopy Association of North America, the American Orthopedic Society for Sports Medicine, the International Society of Arthroscopy, Knee Surgery and Orthopaedic Sports Medicine, and the American Shoulder and Elbow Surgeons, where he has held numerous committee and teaching positions. In 2015 he was awarded a lifetime achievement award from the American Academy of Orthopedic Surgeons, where he is currently on the Shoulder and Elbow Program committee and the Shoulder and Elbow Evaluation Committee. He was awarded the Smith and Nephew/James C. Esch Award for Outstanding Clinical Research from the Arthroscopy Association of North America, in 2016.
Dr. Weber currently lives in Silver Spring, Maryland with his wife, Roseann where he works as a Medical Officer in the Department of Orthopedic Devices, evaluating and clearing orthopedic and related devices for the FDA. He is also on faculty as an Assistant Clinical Professor in the Department of Orthopedics at the Johns Hopkins School of Medicine. He remains an avid tennis player, skier, and musician.

Due to the recent COVID-19 pandemic, our offices will be closed.
If you have any questions, please contact our Chief Educational Officer at stephanie@orthosummit.com