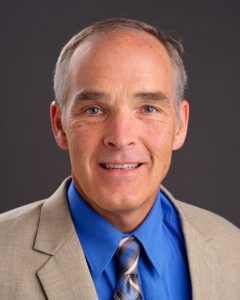 James P. Stannard, MD
Trauma Advanced Fracture Workshop
Hansjörg Wyss Distinguished Chair in Orthopaedic Surgery
Chairman, Department of Orthopaedic Surgery
Medical Director, Missouri Orthopaedic Institute
Chief Medical Officer for Procedural Services
University of Missouri Health Care
Chairman, Board of Directors, AO North America
An internationally respected orthopaedic trauma and complex knee injury surgeon, Dr. James P. Stannard leads the clinical, training, and research efforts for the University of Missouri’s Department of Orthopaedic Surgery. He oversaw the opening of the Missouri Orthopaedic Institute in May 2010, which is central Missouri’s most comprehensive orthopaedic surgery center, as well as its latest four-floor expansion in 2017. He serves as principal investigator on two Department of Defense medical research grants (more than $3 million in funding) that study biologic joint replacement strategies in knee and ankle patients. In 2016, he was named President of AO North America, an orthopaedic education and research foundation. Before arriving in Missouri, he was section chief of the orthopaedic trauma service at the University of Alabama at Birmingham (1996-2009). He has served as editor-in-chief of the Journal of Knee Surgery since 2010, and the textbook he co-edited, Surgical Treatment of Orthopaedic Trauma, published its second edition in 2016. It is the best-selling textbook in its field and is published in six languages. Since 2010, he has served as associate head team physician for the University of Missouri’s Athletic Department. Dr. Stannard completed 10 years of active service with the U.S. Army, including service as a paratrooper with the 82nd Airborne Division at Fort Bragg in North Carolina. He received an Army Commendation Medal twice, three Meritorious Service Medals, and Airborne wings from four different countries (USA, Germany, Honduras, and South Africa). He was a defensive lineman for Brown University in the early 1980s. He and Carolyn, his wife for nearly 40 years, have seven children and six grandchildren.
Financial Disclosures