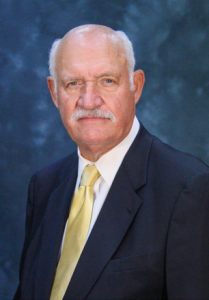 Champ L. Baker, Jr., MD
Distinguished Professor
The Hughston Clinic
Champ Baker Jr, MD recently retired as a staff physician from The Hughston Clinic in Columbus, Georgia. He is a Louisiana native who received his undergraduate and medical degree from Louisiana State University. He completed his residency at Letterman Army Medical Center while on active duty in the United States Army Medical Corps. He completed a sports medicine fellowship at The Hughston Clinic before joining the staff in Columbus. He served as President of The Hughston Clinic from 1994-2000 and recently retired as Chairman of the Board of Directors of The Hughston Foundation. Dr. Baker is certified by the American Board of Orthopaedic Surgeons and holds memberships in many other professional societies. He has been President of the Georgia Orthopaedic Society, Georgia Shoulder and Elbow Society, Southern Orthopaedic Association, Herodicus Society, as well as serving as President of the American Orthopaedic Society of Sports Medicine. He was also a member of the Medical Publishing Board of Trustees and has served as Traveling Godfather for AOSSM.

Dr. Baker received numerous awards including the Distinguished Southern Orthopaedist Award from the Southern Orthopaedic Association and the President’s Challenge Award from the National Athletic Trainers Association in 2008. He was also named the Pioneer of Sports Medicine from Gwinnett Medical Center Duluth and was named Jack C. Hughston Physician of the Year by the Georgia Athletic Trainers Association. He was the recipient of the Rovere Education Award from the AOSSM in 2010 and the Robert E. Leach, M.D., “Mr. Sports Medicine” Award. He is a member of the Chattahoochee Valley Sports Hall of Fame and the Columbus State University Athletic Hall of Fame, and he was awarded the Sonny Clements Athletic Director award. In 2012, Dr. Baker was inducted into the AOSSM Hall of Fame.

He is married to Sue Anne Owens Baker and together they have three children and seven grandchildren.