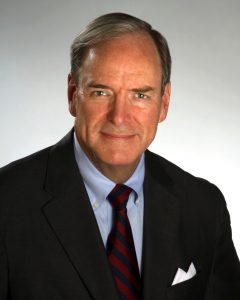 J.W. Thomas Byrd, MD
Associate Professor, Department of Orthopaedics
Vanderbilt University School of Medicine Nashville Hip Institute
Dr. Byrd is the co-founder of the Nashville Hip Institute and Past President of both ISHA and the Arthroscopy Association of North America (AANA). He is team physician for the Tennessee Titans, has served as physician for the U.S. Olympic team and is a consulting orthopaedic surgeon for numerous professional sports franchises from the NFL, NHL, NBA, WNBA, MLB and MLS as well as players from the PGA, LPGA and ATP. He is a Clinical Professor, Vanderbilt University, Department of Orthopaedic Surgery and Rehabilitation and serves on the Advisory Board for the Titleist Performance Institute (TPI).

Dr. Byrd developed the technique of hip arthroscopy that is most popularly used around the world. He pioneered many of the specific surgical procedures for hip arthroscopy and invented numerous instruments that have revolutionized aspects of orthopaedic surgery. He has authored three textbooks on hip arthroscopy, edited numerous other texts and journals and has published over 100 scientific papers, technical and review articles, and book chapters. He has been one of the leaders for defining and developing the role of less invasive arthroscopic techniques in and around the hip.