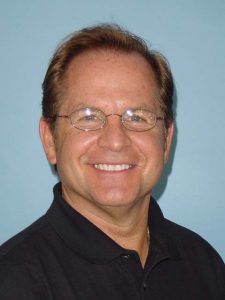 Kevin is currently Associate Clinical Director for Champion Sports Medicine (a Select Medical Facility) in Birmingham, AL. He is the Vice President of Clinical Research & Education for Select Medical. In addition, he is the Director of Rehabilitative Research at the American Sports Medicine Institute in Birmingham and is Adjunct Assistant Professor in the Physical Therapy Program at MarquetteUniversity in Milwaukee, WI. Dr Wilk has been the rehabilitation consultant for many professional teams. Kevin has treated & rehabbed some of the biggest names in sports for over 30 years. Dr Wilk received his physical therapy from Northwestern University Medical School in Chicago, IL., and his DPT from Massachusetts General Hospital Institute of HealthCare Professions in Boston, MA.

Dr. Wilk has published over 190 journal articles, over 130 book chapters. In addition, Kevin has lectured at over 1200 professional and scientific meetings in the USA and internationally. Kevin is on the review boards of 7 journals. Dr. Wilk was inducted into the Sports Section Blackburn Hall of Fame. He was awarded the APTA Catherine Worthingham Fellowship – the highest honor given to an APTA member. Kevin has received the prestigious Ron Peyton Award for career achievement from the Sports Physical Therapy Section of the APTA. He has received the James Andrews Award for achievement in the area of Baseball science. Kevin was an Honored Professor at several Universities and has given Grand Rounds at numerous medical facilities and has lectured internationally. He has written 10 textbooks, The Athletes’ Shoulder (2nd Edition), Rehabilitation of the Injured Athlete (3rd Ed.), Injuries in Baseball, Sports Medicine of Baseball, Orthopaedic Rehabilitation(2nd Ed.) Handbook of Orthopaedic Rehabilitation (2nd Ed.), and The Orthopaedic Toolbox (2nd Ed.). The Use of Aquatic in Orthopeadics & Sports Medicine Rehabilitation & Physical Conditioning. Physical Therapy of the Shoulder.