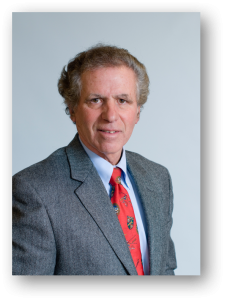 He then went to Yale University School of Medicine, graduating in 1972. After a surgical internship, he convinced his wife to accompany him to the Pima Indian Reservation in Arizona where he was a General Medical Officer for 2 years. During that time he organized an arthritis program as well as an educational manual for patients with diabetes.

Dr. Jupiter came to Boston in 1975 for a year of General Surgery at the Massachusetts General Hospital followed by an Orthopaedic residency in the Harvard program, finishing in December, 1979. An AO trauma fellowship in Basle, Switzerland, followed by a hand and microsurgical fellowship in Louisville completed his training.

Dr. Jupiter returned to the Massachusetts General Hospital in 1981 to work under Drs. Richard Smith and Henry Mankin combining hand surgery with trauma and reconstruction of traumatic conditions and ultimately heading the Hand Service from 1995 to the 2010. He is also the recipient of the Hansjörg Wyss/AO Chaired Professorship of Orthopaedic Surgery at Harvard Medical School.

Dr. Jupiter is a member of 27 Professional Societies, on 15 Editorial Boards, has given over 1000 scientific presentations, 115 invited lectureships and 20 Eponymous Lectures. He has been an author of over 300 peer review publications; 125 reviews or educationally relevant publication; 91 book chapters; an editor or co-editor of 8 books; and author or co-author of 3 texts. He has formerly been President of the American Association of Hand Surgery and President of the American Shoulder and Elbow Surgeons.
Financial Disclosures

All Sessions by Jesse B. Jupiter, MD