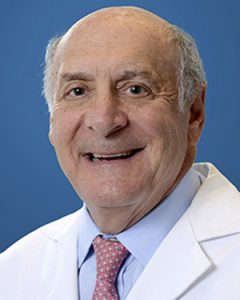 He is considered as an international expert in shoulder surgery. He has published over 350 per-reviewed articles, many book chapters, edited and written 7 text books on shoulder surgery, He has lectured and presented extensively throughout the world.(over 1000 presentations).

He is Past-President of the American Shoulder and Elbow Surgeons.(2004-5)

He has served as Team Physician for the New York Mets Baseball team (1992-97), United States Davis Cup Tennis Team (2000-2012), Orthopedic Director US Open Tennis Tournament (2003-2012) and as Medical Director of the Association of Tennis Professionals World Tour since 2000.

He has won numerous awards in Orthopedic surgery including The Sir John Charnley Memorial Medal for Arthroplasty, The Neer Award for Shoulder Research and many "Best Doctors" awards locally and nationally. He has received 11 separate student, resident and fellow teaching awards at HSS and LIJ over the last 20 years.

He is married (Judith) and has 2 children (Josh and Alison). His son Joshua Dines MD is an acclaimed Orthopedic Sports Medicine Physician at the Hospital for Special Surgery as well.